Cerfe Labs has today announced that it has received a Phase II Small Business Innovation Research (SBIR) contract from the Air Force (AFWERX) to develop our CeRAM devices for RF applications.  In addition to CeRAM’s potential as a commercial non-volatile memory, its high speed of operation, non-volatility, low RONCOFF, and ability to operate at extreme temperatures and in radiation environments make it a candidate as a differentiating component to meet the demanding requirements of DoD configurable RF systems.  This utility also has a dual-use opportunity in the emerging “newspace” market, which includes CubeSats and constellations of small communication satellites. 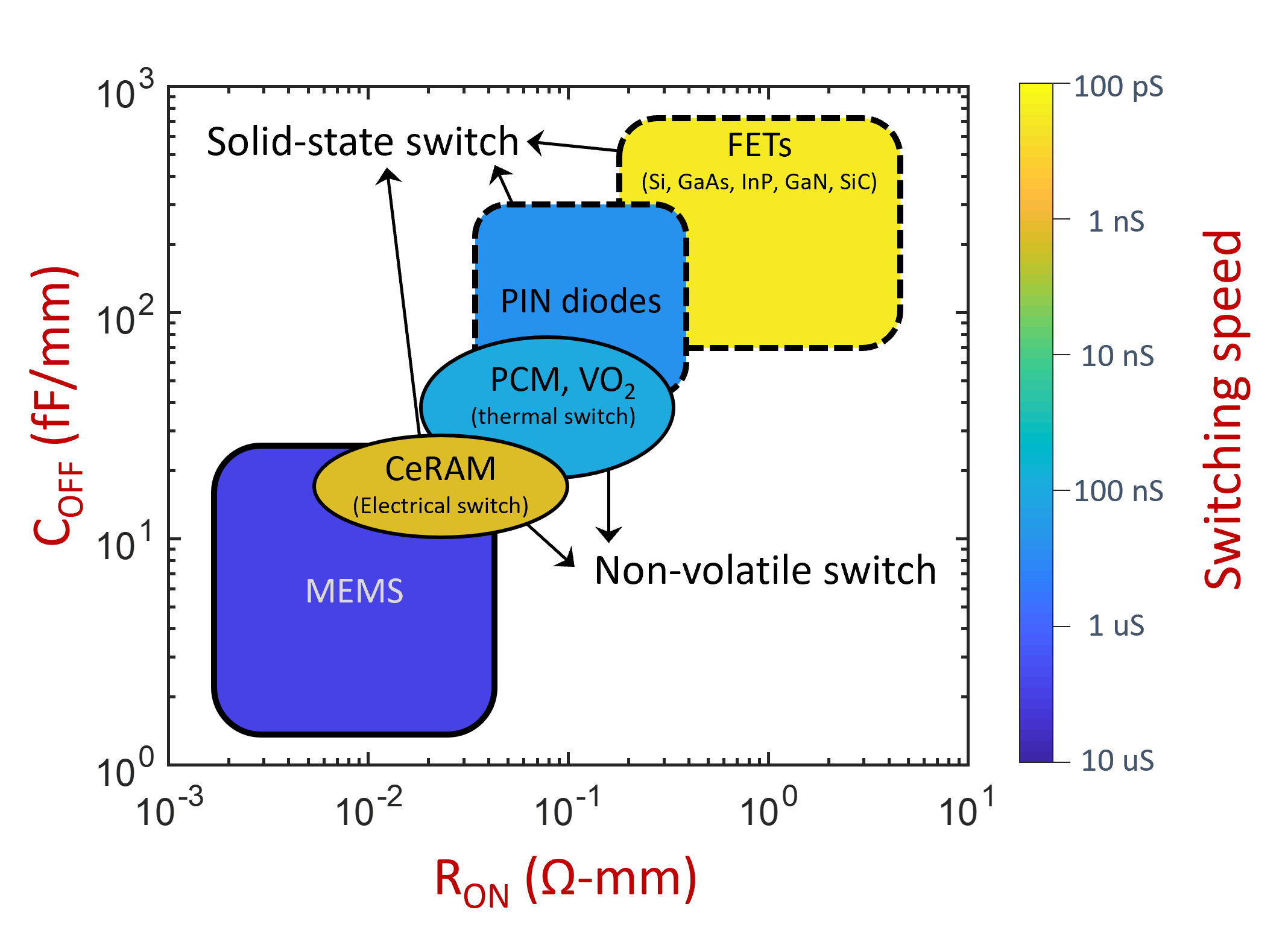 Cerfe Labs will be collaborating with Associate Professor Chadwin Young, Director of the Advanced Electrical Characterization Laboratory, Materials Science Department, and Kenneth O, Texas Instruments Distinguished University Chair Professor and Director of Texas Analog Center of Excellence (TxACE), and Professor Rashaunda Henderson, Electrical Engineering Department, all at the University of Texas at Dallas.  The project will utilize the Cleanroom Research Laboratory and eCOMETS test facility in the Materials Science department of the University of Texas at Dallas, as well as RF /analog application expertise and facilities, at the eCOMETs laboratory and the Texas Analog Center of Excellence  (TxACE).  The goal for the project is the demonstration of CeRAM devices configured in RF switch device topologies and the characterization of these CeRAM devices confirming the theoretical advantages for various RF applications.   This project will include characterization of radiation tolerance.  Dr. Henry Huang of Cerfe Labs will be the Principal Investigator for this program.

“We are pleased to be collaborating with Cerfe Labs on their CeRAM technology.  Cerfe Labs’ work includes new materials R&D that fits well with our department’s focus on a world-class microelectronics materials cleanroom producing prototype devices, with an emphasis on highly reliably electronics”, said Prof. Manuel Quevedo, Department Head of Materials Science and Engineering, Jonsson School of Engineering.

“We are excited to work with the CeRAM devices, which may provide RF designers with a new tool to improve the performance of radars, and communication and other RF systems for the DoD”, said Kenneth O, Director of TxACE, Jonsson School of Engineering at The University of Texas at Dallas.

“We are grateful to AFWERX and to AFRL in particular for the opportunity to study our CeRAM technology for use in RF applications, and we are very happy with the ability to work with the Materials Science Department and the TxACE at UT Dallas, which have the research expertise and lab facilities to help explore this application space for this new technology”, said Eric Hennenhoefer, CEO, Cerfe Labs